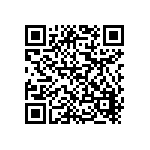 War of the Gods

Fight the god of death on your way to godhood! Choose your path with six different characters: warrior, assassin, mage, thief, storm rider, and beastmaster. Destroy the death god’s minions by sword, magic, storms, or beasts. Rise in power to eventually destroy the death god himself. Seize your own path toward godhood.
War of the Gods is a 85,000-word interactive novel by Barbara Elzey, where your choices control the story. It's entirely text-based, without graphics or sound effects, and fueled by the vast, unstoppable power of your imagination.
· Play a Solarian, a creature who is invulnerable by day and weak at night.
· Play the human assassin who must fight his way free from bondage.
· Play a Storm Rider, an ancient race that harnesses the power of the storm.
· Play a thief known as the Silver Fox, who must save her people from the death cultists who killed her family.
· Play a Deodrin mage, a creature from an ancient race, who hurls spells to save a family from the despotic king.
· Play a human beastmaster, who is the true heir to the throne, and who gathers allies for war, both human and beasts.
· Choose your gender; romance as gay, straight or asexual, and select your physical traits.
· Find romance with different fantastical species and characters.
· Defeat the minions of death.
· Gain power toward your own rise to godhood.
War of the Gods APK Version History