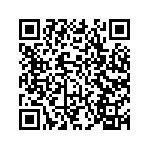 Spy Devices Detector is an amazing tool which easily detect Hidden Cam around you and protect your privacy.For everyone, secrecy is a necessity, and obviously, no one wants someone else to be robbed. That you are at home, you are in the office. Emissary Devices Detector would be great for finding invisible cameras anywhere and protecting you.There are many petite devices like cameras that can be dangerous to your privacy. You can't ignore them in public. The easiest way to find them is through our app called Spy Devices Detector- Hidden Camera Detector.Spy ware Devices Detector is a free android app that detects spy devices. During this app time the user can easily find spy devices and spy cameras. Spy Devices System uses a magnetic sensor to detect the amount of radiation emitted by rotating electronic devices.Spy Camera viewing offensives is a scare for both men and women, but a Spy Camera Viewer or a good phone app can make it easy to find them.It's a well-maintained app, and it's free to download and install.IR Camera Detector - This application has a single tool that detects IR lights. Just turn on the infrared screen and capture the white light from the screen but not visible to the naked eye. Such white light reflects the IR light. It can be an IR camera. Your standard camera is also capable of detecting it but what we do have is a built-in luminescence effect.Spy ware Device Finder – Hidden Camera Viewer uses magnetic sensors to detect test equipment and its devices to detect radiation from devices when it detects radiation from such devices will start a noise and increase the amount of radiation.
Spy_Devices Detector APK Version History