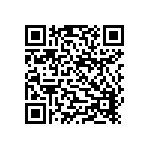 The Sky Corps is a private corporation sanctioned by the government. Their goal is to protect the citizens of Earth from extra-terrestrial forces and keeping the peace between humans and aliens. However, a year has passed since the invasion in 2015 where attempts to establish communication with an unknown fleet ended with an all-out war.A year later, the Sky Corps has successfully restored itself to it’s former glory but one of its most influential members, Captain Gellard disappears while on a high profile mission. In the wake of his disappearance, you, as a Lieutenant of the Sky Corps are tasked with restoring order to a secluded town. This then starts the chain of events in Sky Invasion 3D.Game Features:- User can upload score to Game Hero (www.gamehero.my) leaderboard to compete with other players and RM1,000,000 prize money up for grabs. The game tournament is exclusively for Celcom customers only.- Player is given two free gems daily to open Fortune Chest and get a chance to grab RM200 value of XPAX Reload Card.- High tech user interface to fully immerse yourself in the experience.- A variety of aircrafts to choose from, each with its own unique properties.- Powerful abilities that can aid you in combat. Use them wisely!- Activatable Boosts to give you a small edge against your enemies.Be the first to know! Get inside Game Hero info on great deals, plus the latest game updates, tips & more…VISIT US: www.gamehero.myNotes:- This application is optimized for smartphones, not tablets.- Compatible with Android devices that have free storage of 100MB.- Application does not support rooted and non-official Custom ROMs Android phone(s).- Compatibility information may be updated at any time.
Sky Invasion 3D APK Version History