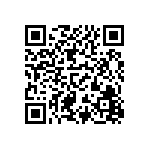 Secret Code - Android Secret Codes And Hacks is one of the best secret codes application. Secret Code app allows you to access the Hidden information. Android device have a lots of hidden information of mobile and OS, its seems difficult to find and access. Apps contain the secret code of all mobile device like Samsung Secret Code, Sony, Lenovo, Motorola, XIAOMI/MI, BlackBerry, China, HTC, Karbonn, LG, MicroSoft/Windows and OPPO.
Unstructured Supplementary Service Data (USSD)—sometimes known as "quick codes" or "feature codes"—is an extra-UI protocol, which allows people to access hidden features. This protocol was originally created for GSM phones, but can be found on CDMA devices as well (if that's a bunch of acronym gibberish to you, here's a quick primer).
They're not terribly practical. Most people don't really need to know how their local cell towers are performing or what their IMEI number is (more on that later). Still, it can be fun to play around and see what unexpected functionality your phone is hiding beneath the surface.
We would LOVE to provide you with a comprehensive list of the dozens of secret codes out there, but that would be an exercise in futility. These secret code seldom work across different carriers, OSes, or phone models (or even on generations of the same model).

*** IMPORTANT! Some manufacturers not allow the use of these hidden codes and they may not work on your device. By using secret codes, you can change some of your device settings. Use at your own risk! ***
Note: Secret Code is not official Application of Any cell brand. Download and enjoy!!!
Secret Codes APK Version History