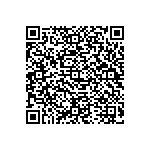 Discover the monster world! Begin crafting your weapon at day and building defenses at night! Can you survive five nights and hold off a living dead army of zombies, ghosts and other monsters?Horror adventure begins!Jump into a blocky cube city invaded by evil scary monsters! Prepare to fight off hordes of such spooky creatures like a zombie, ghost, mummy and undead clown! It’s a true horror adventure game. Survive a night! You’d like to close your eyes but crafting weapons and upgrades is a better way to handle a night fear! Build a blocky cube wall and other defenses. Make sure that every zombie, ghost, mummy or clown will be dead by dawn light! How long can you survive? One, two or five nights? Test your survival skills in our brand new horror adventure game! No fear! Chat with other NPCs (not real people!). You can even find a girlfriend or boyfriend! What’s better than love in the zombie apocalypse times?Craft, build & explore a scary world at dayYou won’t see any dreadful monster at day - enjoy free exploration experience! Craft & mine resources! Look for supplies in a vast, sandbox blocky world. Pay a visit to the scary hospital, haunted mansion or forgotten mine. Search a spooky old cemetery and a city garden - you can set plants there! Gather resources to craft better weapons and upgrades! Prepare for the night! Before zombies, mummies and other living dead will storm off, you have to enhance your fortress! Build wall and other defenses from blocks. It’s not a game for little boys and girls! Scary horror adventure for real men, who won’t run away seeing such a spooky night monster like a zombie, ghost or clown! Best zombie apocalypse survival game with exploration mode for boys and girls! For free!Hold back any monster and survive another night!You’ve been exploring, crafting and building all day long - hopefully you’re prepared for the night! A true battle begins! Blocky cube zombies, ghost, mummies and any other living dead will try to break into every building. Don’t hide in a dark room of a hospital, haunted mansion. Undead stupid monsters have their eyes on you! Unload your blocky cube weapon and shoot any monster zombie or ghost you see! This scary battle won’t end until the dawn - prove you’re skilled not only at crafting & building, but also as a spooky zombie hunter! Every dead target must be dead by dawn light - for good! Fight evil & fear for five nights or even longer! This survival horror adventure game never ends!CORE FEATURES:Exploration of a world with terrors like the living dead, zombie or ghost! Build defenses from blocks and survive another day!Craft and upgrade weapons!Crafting & building at day, hunting monsters at night!Blocky cube horror adventure for boys and girls!UPCOMING FEATURES:Multiplayer mode! (multicraft)Co-op mode!More scary environments to explore!More resources to mine for crafting & building! (design craft)More monsters to fight with!
Scary Craft APK Version History