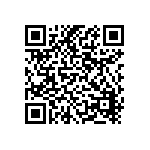 Assassin's Creed: Pirates is a spin-off game for smartphones and tablets developed by Ubisoft Paris. The game follows the pirate Alonzo Batilla, who holds the key to finding the treasure of the French pirate La Buse. The game focuses on naval combat and is set in the early 18th century, similar to Assassin's Creed IV: Black Flag.The background of story: The main character Alonzo Batilla (the player) is captured and then rescued by the pirates. He also gets a small sailboat sent by the pirates and as a captain instantly. The naval battles in the Assassin's Creed: Pirates are divide into two parts: one part is “attack”, and another is “defense”. Artillery is main weapon during the war. Aimed at the target hull with artillery in the “attack” model and then switch into “defense” model after the fire went out. At the end of enemies’ fire, the player can change into “attack” model. So the switch into two model until the ships of one party are sunk.Captain Alonzo Batilla is one of the most feared and ruthless pirates of the Caribbean. In the game, he will take on more than fifty missions, in which the player can confront other pirates, templars, or even assassins. The game focus on these battles between ships. Players can pursue their enemies, shoot cannons, and utilize different defensive maneuvers. As you win battles, you'll get more and better treasures that will allow you to recruit more members for your crew. Also, you'll be able to upgrade many different aspects of your ship, customizing it with all sorts of elements.***More than 10 million pirates already******More than 200 million heroic naval battles fought***One of the world’s greatest action franchise is available on your mobile device! Become one of the most feared pirates of the Caribbean in this exclusive Assassin's Creed adventure! Play as Alonzo Batilla, a young and ambitious pirate captain, break the rules, challenge empires and amass gold! Features of the Game:* Engage in brutal naval combats* Build up your crew and your ship* Explore the immensity of the Caribbena* Discover groundbreaking 3D visuals on mobile and tablets* Embark on an epic quest for a legendary treasure.Stunning graphics, professional sound quality, and really amazing missions have all come together to bring you the experience of the best and most exciting action game now.You may also like the GAMEs like: The Pirate: Caribbean Hunt, Ships of Battle Age of Pirates, and Pirates of the Caribbean: ToW, ect.
Pirates APK Version History