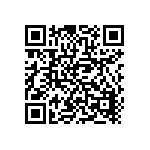 Epic Puzzle Action RPG for PACIFIC RIM fans!Command your own Shatterdome base and defend your district with human-piloted mechs called Jaegers against monsters from the breaches known as Kaiju.★ RECRUIT iconic Jaeger mechs from the entire PPDC to join your Strike Groups stationed at your Shatterdome.★ UPGRADE Jaeger mechs with new tech and weaponry to enhance their damage on the battlefield.★ EXTERMINATE enormous Kaiju monsters hell-bent on destroying Earth in fast-paced battles that can be completed in minutes.★ COMPETE with other players in Multiplayer Tournaments to win rewards for your Shatterdome and Jaeger Strike Groups.★ JOIN FORCES with other Marshals to form Factions and compete in War Games for prizes.THE STORY:Born into a world at war, you join the military and quickly ascend to the rank of Marshal in the Pan Pacific Defense Corps. 21 countries across the Pacific Rim have banded together to create the PPDC and fight the most dangerous foe mankind has ever seen: KAIJU. These giant alien behemoths have come to Earth via dimensional Breaches and will not stop until the human race is exterminated.As a Marshal, you along with teams of human pilots from around the world take control of a team of military robots known as JAEGERS using a mental synergy called Drifting. The only way to stop the Kaiju threat is to amass and outfit the most powerful array of Jaegers possible and send the Kaiju back through the Breach!FEATURES:ACESSIBLE, STRATEGIC GAMEPLAYEndlessly challenging, enjoyable core gameplay where players mix Jaeger power with puzzle strategy.TONS OF SINGLE-PLAYER CONTENTWage war against the Kaiju in an EPIC single player campaign featuring hundres of unique battles against over 25 different Kaiju monsters.DAILY MISSIONSMissions add to the fun and adventure as you work to compete objectives for your Shatterdome base.PVP JAEGER BATTLESTake your strongest Jaegers into simulation battles against the best teams of other players.COLLECTION & CUSTOMIZATIONOver 50 unique Jaegers can be collected and upgraded in many different ways. Combine them into Strike Groups to battle against impossible odds.MULTIPLAYER & CO-OPCompete alone or join a Faction in ranked, multiplayer leagues. Chat with other members of your Faction to share strategies.NOTE: A network connection is required to play.Get the latest news, feature updates, videos, tips, and more!Follow us on Twitter: https://twitter.com/pacrimgameLike us on Facebook: https://www.facebook.com/pacrimgameWatch us on Instagram: https://www.instagram.com/pacrimgame/Subscribe at: http://bit.ly/KFFYouTube
PacificRim APK Version History