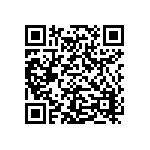 Fhacktions is a free location based MOBA where you must become a hacker to survive. Conquer servers in real world locations to gain power and currency. Join your friends and fight other players in epic arena battles of 5v5 using avatars. Be part of a faction and recruit more members, because only through strategy, cooperation and teamwork will you conquer the world. FeaturesConquest ModeExplore the real world and conquer servers that are strategically placed around your city. When you attack a server, you must gain control the defensive towers. Then the server is yours. If the server belongs to another faction or player, you must first kill all the defenders. Avatars that die in a conquest battle don’t respawn, so plan a strategy! DefenseThe winners take control of the server and receive CP (computing power) and Virtcoins. You need CP to use your skills at higher levels and Virtcoins are used to buy customizations for your avatars and buy boosts. Once you take control of a server, you can defend it remotely from the comfort of your home. Quick BattleGain experience and level for your avatars in Quick Battle. Two teams face each other in epic battles of 5v5. The team who first captures all the turrets placed around the arena is victorious. If your avatar dies during the fight, it gains a respawn cooldown which increases each time it dies. Different avatars with multiple skillsWield powerful weapons that strike from afar with a GUNNER, strike deadly melee blows with a STRIKER or use defensive technology with a FIXER to heal your teammates. Use your CP (Computing Power) to choose from over a dozen abilities and add more of them to your arsenal. You decide which avatar to use depending on the fight, your strategy and your teammates. Customize your avatarChoose from hundreds of armor combinations and change the appearance of your avatar, giving it a unique look.FactionsFactions share the spoils of victory with their members, and are needed to defend the ever-growing hacker empires from enemy attacks. Invite your friends and help each other survive! The Black MarketIn the Black Market you can purchase new skins for your avatars, personal servers, boosts and more.
Fhacktions APK Version History