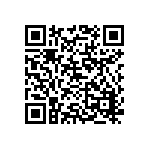 Colonel John Farter, an American officer who has spent seven years in a North Vietnamese POW camp, has just returned to discover his hometown full of zombies. And his only weapon against them is his ass. Join Farter as he join his old friend Banana Max and, together, free the town from The Evil Unicorn and his army of zombies!In Farts VS Zombies you have to kill zombies with farts, you draw with the finger the path of the farts and direct them to their faces. Protect the Japanese schoolgirls from the attack of the zombies for as long as possible! Zombies hate farts, it’s the only thing that can kill them, well… not the only one really. But the game is more than that, you can do Fart Combos, use funny Special Attacks and items and compete in online rankings with your friends to see who is the best farter!Farts VS Zombies puts together many different elements and mixes them into a crude, vulgar, absurd but also a really fun, entertaining game. Fart away!
Farts vs Zombies APK Version History

Farts vs Zombies 1.2 for Android 2.1 or higher APK Download