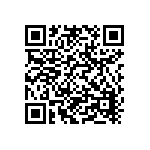 The description of Eternal Hunter Hunters!You are not [alone]. Break through [500 dungeons] with your friends.Resist in dungeons invaded by various monsters, defeat BOSS monsters, and get companions.You can catch stronger BOSS monsters with a party consisting of various classes (3 people).It is stronger if [3 characters] unite than 1 character!1. Create a variety of strategies with a group of three. -Strategic play is possible in the composition of [My Party] with various classes and skills such as archers, wizards, spearmen, and swordsmen.2. Character acquisition is [free] However, growth requires your [effort]. -Acquisition and growth of characters with various characteristics with the goods obtained from game play, and the formation of a party that is the key to strategy -Certain skills increase [range] or [number of projectiles]. -Attack power can be maximized by strengthening the weapon, and the appearance of the weapon is changed every 5 stages of enhancement. -Dozens of Guardian Stones allow you to configure your character's characteristics in a wider variety The Guardian Stone makes my character stronger, such as [Character Stat], [Skill Ability Enhancement], [Basic Ability], [Defense Ability]....3. Dungeon attack is more fun with time attack method. -You have to catch monsters, BOSS monsters appear Look out. It can appear right next to you. -A special dungeon gate in the dungeon opens at random Look out. Only giant monsters can appear. However, the reward is certain when it is broken.4. Easy of automatic skill casting system -Skills of each class are automatically cast at each skill casting time It relieves the burden of control.
EternalHunters APK Version History