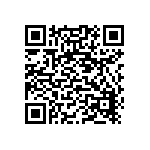 Duckball - this is gladiator fights on inflated ducks! You need to be ahead of all enemies by breaking their helmets with different ducks, from unicorn ducks to cyborgs ducks. You will spend superstar fights smashing helmets to opponents.In this game, you have to drive an inflated duck and fight in the stadiums smashing helmets to your opponents. The more victories, the cooler you become, champions as superstars. You have to show the highest driving duck in every match in all stadiums.Ahead of you are waiting for matches that require the highest sharpness. Hide and seek will not save you - you will find a sudden blow to the helmet in the form of an opponent on a zombie duck. The only way to be ahead is to attack the break! Only at the end of the season, the best driver of the puffed ducks in the world will be determined. If you're not a coward, then it's time to inflate your duck and open the stadium doors!WISH FOR THE FUTURE DUCKBALL CHAMPION• Victory will make you a superstar!• Become the best driver of inflated ducks in the world!• Conquer all the stadiums in this sport!• Only victories ahead, do not forget about it!
Duckball: Jump Ahead APK Version History

Duckball: Jump Ahead 1.6 for Android 4.1 or higher APK Download