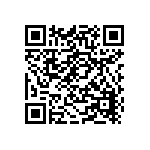 Ready to play No. 1 drug dealer game & Weed Game?
Clue the cartel and showcase your exhilarating role in cartel wars. A fortuitous to get into underworld wars of drugs for the biggest profits to build Dope Empire of your own. In this game, you have to become a big drug dealer in the crime city! Start your weed firm in this drug game of narcos. You have to sell it to the gangsters and you have to try to stay away from Gangsters vs Cops games situation. You’ll have to grow your business in our drug dealer job simulator game. Sell Amphetamine, Marijuana, and Ecstasy & Crystal Meth and upgrade your stamina, stealth and salesman skills. You have to do following missions in this Weed Dealer Simulator game of a drug mafia. Shape your standing with suppliers. Develop a supplier and you’ll have to sell your meth to the drug dealers in Underworld Empire. You would have to unlock more places and grow your business while playing this Drug Dealer Mafia Games - Weed Dealer Simulator 3D.
Tactics to win Drug Dealer Mafia Games - Weed Dealer Simulator 3D:
You might have played many drug games, weed games and many other weed simulator but this time we are going to offer you an outstanding story of a drug mafia which was so poor in childhood and had no money to eat something even he is been spending his nights on the road and he had no parents alive! No one was ready to help him but once he was standing on the road and waiting for someone to help him near the bridge and sudden one man comes from other side of the road and give him a packet and HE said “I can help you if you can give this packet to someone who is standing in street 11 near to weed pawn shop. If you can do this I can give you 50 bucks to eat something. He just gave him packet and money and disappeared. Drug mafia jack was happy that he has got 50 bucks after just doing a small task. Make and enlarge your drug empire by procurement and vending drugs through drug dealers in this new drug game 2021. Drug dealing isn't an easy job it’s a risk to play and win this Drug Dealer Mafia Games - Weed Dealer Simulator 3D! Do purchasing of guns in this gun games from weapon dealer. Send your spy in police in this spy game and steal confidential information to keep police out of your way. In our crime game destroy your enemies and become the powerful capo. You will have to join hands with other criminals to stay in business and lead your empire to Domination. Open your weed firm in this drug game of narcos. Sell it to the gangsters and try to stay away from Gangsters vs Cops games situation.
How to become billionaire of Drug Dealer Mafia Games - Weed Dealer Simulator 3D?
Are you ready to take it in our best simulation game of 2021? Play drug dealing life simulator game and become a top drug mafia of crime city.” After this small task, jack was waiting at the same time and standing on the same place, that 2nd man came again and he did the same again and gave him money as well. Jack was so happy at that time. SO in this way jack was shifting drugs of that drug dealer for a month. Now jack had earned some amount and he wanted to start his own business of drug dealer in the crime city! Just follow these below tasks so you’ll be rich in a month. Ready to become billionaire of Weed Dealer Simulator? Secure orders from clients across whole town. Buy bars and hotels in town and build underworld empire. Bribe police and stay out of jail in crime games. Grow your empire and become drug lord. Maintain your file of local dealers, gangster with criminal records. Become a supplier and sell your meth to the drug dealers in underworld empire of our new Drug Dealer Mafia Games - Weed Dealer Simulator 3D. Your ultimate goal is to become a drug lord hire local gangsters in gangster games to achieve your goal. Join other mafias in this crime simulator of 2021 for new empire wars.
You review is mandatory on this Drug Dealer Mafia Games - Weed Dealer Simulator 3D!!
Drug Dealer APK Version History