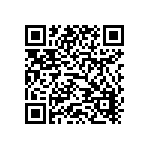 The World War of Android devices has begun between Canada, USA, and UK! You will fight among players in the opposing countries to try and win the war in this country wide team strategy MMOG!TRAIN - Train your Android SIM daily to boost your SIM's strength to increase damage done to the opposing country.RANK - The more damage you do increases your rank in the war, become the Master Of War and receive a honorary custom medal!WORK - Work for other companies when hired to help boost economy within your country and produce items for the company to sell to other players on the market to use during battle.BATTLE - Attack other players to inflict as much damage as you can throughout the day. You want your country to win the war so attack as much as possible!START A CAREER - Become a CEO of your own company when you have accumulated enough currency to do so. Choose from a range of career roles to produce items for both you and your countrydroids to purchase.BUY N Sell - Buy or Sell items such as food, currency, weapons and equipment that you no longer need.COMMUNICATE - Need help from someone in your country? Chat with others in the country chat to request items to be posted on the marketplace for sale. So what are you waiting for recruit! Help your country today in winning the 1st Android World War among 3 countries! The war will end on day 365 we are currently 26 days in, so recruit as many friends and family members as you can to help win this war! PLAY DROID WORLD WAR TODAY!!!
Droid Sim APK Version History