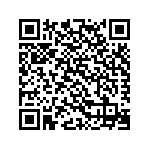 The best game for DB fan and Super Goku Saiyan.The game pits two characters of the Goku against each other in large environments, where they mostly fight in the air. The player can use strong and stronger variations of close combat attacks, and charge their ki to fire Ki Blasts.The players follow the events of the story in which you choose between Goku and friends, including enemy characters, along the way. The choices that the player makes determine how the story evolves.The Option Mode lets the player change the game's difficulty, unlock new characters, or view rankings of various scores they have gotten in different modes in the game. Unlocking characters and story modes costs points, which are obtained by winning battles, completing story modes, ...Survival: This is a mode where you pick your character, and fight non-stop enemies, until you lose. After a certain amount of wins, your health will not regenerate fully.Time Attack: In this mode, located in Z trial, you'll be asked to fight certain enemies as fast as possible. There are seven courses in total.Arcade: In this mode, you select your character, and head out to battle. The objective of this mode is to collect all the Pieces.[Features]- High-speed wireless multiplayer battles featuring the universe's strongest fighters- 18 playable characters, including prize fighter - Revamped version of the acclaimed Saiyan Overdrive fighting system- There are 13 playable characters, each with 3 levels. - Unique Graphic Style and UI- Cool Effect with super skills- Many challenges- A lot of challenges and stages- More than 60 designer battles and power levels
DBZ Budokai APK Version History