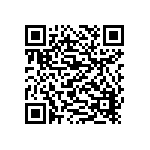 Call break is a classic card game which is popular in India and Nepal. Callbreak is a trick taking card game similar to other fun card game. Callbreak is also called Lakdi, Lakadi, Call Bridge.Callbreak is a very easy card game that anybody can learn how to play. which you can play with your friends, family or anyone, anytime anywhere in the world.Game Rules:Call break is a trick taking card game played with a standard 52-card deck between four players. There are 5 rounds in a game.Callbreak is played in pairs in which spades is always the trump, unlike spades the term "hand" is used instead of trick, and "Call" is used instead of bid.Bidding:All four players, starting from the player to dealer's right bid a number of tricks that they must win in that round in order to get a positive score, otherwise they will get a negative score.Game End: At the end of fifth round the winner will be decided, player with higher total points will win the game.If any player place Bid of 8 (eight) or more and do Hands more or equal to bid count, he/she will become winner of the game at any round.Awesome Features:1. Extreme User Friendly: Easy and refreshing interface.2. Single player card game.3. 2 player card game with random smart computer players.4. Play your way to top the Leader boards! 5. Simple and attractive design in 2 player card game.Play this timeless classic card game Call Break anytime anywhere! Try now this interesting card game Call Break on your Android Phones & Tablets for FREE!!Call Break is being constantly updated in order to give you a better experience. Any suggestions? We always love to hear from you and making this App better!Play this timeless bridge card game call break anytime anywhere! Call Break Multiplayer is a online card game.
Call Break APK Version History