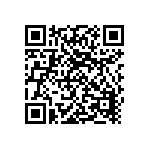 Works on phones and tablets with Android 2.2 or better.

Permissions are to unlock new Characters through in-app purchase.

Who are you? What are you? Where are you? Frankly, it doesn't matter... it's time to BURN THE CITY!

You think you'd like to BURN THE CITY? Well you're in luck! Wanton destruction is easier than ever. Just touch, drag and release. You'll soon be launching endless fiery monster action all up in that CITY.

★ An adorable character bent on the extermination of mankind!

★ Topple the human cities with boulders!

★ Watch as the human cities fly apart from your ferocity!

★ Look, if you see a human city, KILL IT WITH FIRE!

Burn The City 2.91 for Android 2.2 or higher APK Download

Burn The City 2.9 for Android 2.2 or higher APK Download