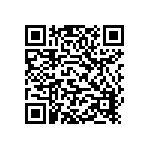 Rule the track with your fully customizable mecha as you race and fight against other mechas for number 1!In a futuristic world, find the art in destruction as you go up against others in a world of racing and combat. Fully customize your mecha to match your preferences. Then set out to the track to race and combat against other mechas. Special combat arena levels are also available where you can test your skills and speed with your customizable mecha against others. This stunning Japanese Indie game lets you explore a large range of missions with your mecha as you race and combat to retrieve parts which you can use to upgrade your mecha! Features---- A large range of race maps- A fully customizable mecha- Race against other players- Solo and coop missions- Daily rewards- A shop packed full of parts to customize your mecha (and a black market too!)- Combat arena levels also availableHow to Play---Use the on-screen joy stick to control your racing robot to maneuver around the track, and your buttons to boost, fire missiles and shoot at your opponents. Will you grab the number one position?
BREAK ARTS APK Version History