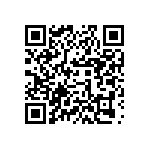 “A premium game with no in-app purchases of any sort, Attack the Light is a must-have for fans of both the show and turn-based role-playing games alike.” - Kotaku

“Steven Universe: Attack the Light! shows a small role-playing game can be just as fulfilling as an 80-hour epic. - Desctructoid 9 out of 10

Team up as Garnet, Pearl, Amethyst, and Steven to stop a powerful Gem weapon in Attack the Light!

CRYSTAL GEM POWER
Fire off Garnet’s Rocket Gauntlets, summon Holo-Pearl, and put the hurt on your enemies with Purple Puma. All four Gems have unique attacks and upgrades.

MAGICAL ADVENTURES
Explore caves, fight bad guys, collect super secret treasure, and level up! Load up Steven’s backpack with all kinds of magical items to help you on your quest.

EASY TO PLAY RPG
Intuitive tap and swipe controls make it easy to dish out devastating damage. Every new power has a new mechanic to master.

Four heroes teaming up for a magical adventure. Sounds like the best RPG ever! Time to ATTACK THE LIGHT!

If you're having any problems with this app, feel free to contact us at [email protected] Tell us about the issues you're running into as well as what device and OS version you're using.

IMPORTANT CONSIDERATIONS:
This app may contain ads that feature other products, services, shows or offers from Cartoon Network and our partners.

PRIVACY INFORMATION:
Your privacy is important to us at Cartoon Network, a division of Turner Broadcasting System, Inc. This game collects and uses information as described in Cartoon Network’s Privacy Policy linked below. This information may be used, for example, to respond to user requests; enable users to take advantage of certain features and services; personalize content; serve advertising; perform network communications; manage and improve our products and services; and perform other internal operations of Cartoon Network web sites or online services. Our privacy practices are guided by data privacy laws in the United States. For users residing in the EU or other countries outside the U.S., please note that this app may use persistent identifiers for game management purposes. By downloading this application, you accept our Privacy Policy and End User License Agreement, and you give permission for such uses for all users of your device. The Privacy Policy and End User License Agreement are in addition to any terms, conditions or policies imposed by your wireless carrier and Google, Inc. Cartoon Network and its affiliates are not responsible for any collection, use, or disclosure of your personal information by Google or your wireless carrier.

Attack the Light 1.1.4 for Android 4.0 or higher APK Download