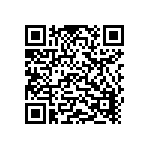 American Muscle Car Race is a game in which the goal is to reach the finish line in first position with the least possible damage to the car.It is an extreme car driving simulator game where you could become the best extreme American muscle car drive.Reach impossible speeds to get the first position in the race, but be careful and don´t break the car, remember you have to do it with the least possible damage to the car. There is a bar to determine the damage the car has suffered, so every time a piece is hit, the damage will increase and that damaged piece will appear.Get coins in each race. The better your position in the race and the less damage the car has, the greater number of coins will be obtained.Dare to drive in the most dangerous and extreme circuits of the world, with dangerous curves, ramps and obstacles.Features:-There are five different circuits with progressive difficulty.-In each circuit you compete against another 5 cars.-Several American muscle car models to unlock.-Very precise driving simulation. With four different cameras that you can change while driving. The car has a main camera to see behind the car, a front camera, a camera with which the car is seen from above and another camera on the left side.-Superior quality graphics and fascinating environment.
American muscle car race APK Version History