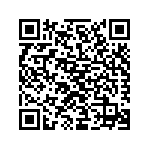 The description of Aces® Spades The team that brought you Aces® Hearts, Cribbage, and Gin Rummy has another offering in the line of quality card games: Aces® Spades!Aces® Spades brings the classic card game to mobile with gorgeous graphics and fully customizable gameplay, including 5 difficulty settings to suit all skill levels. You’ll team up with one of 11 Victorian-era characters to test your skill against a variety of colorful opponents, each with their own unique styles of play. Need a refresher? Our How To Play guide and in-game hints will help you get back on track in no time!Need a straightforward, simple, and fun way to play spades? Aces® Spades has got you covered.Features Include:• 11 Animated Victorian-era Characters• 5 Difficulty Settings• 19 Unlockable Achievements• Customizable Bidding Options• How to Play GuideIf you've played Call Break or Call Bridge, you'll be sure to love Aces Spades!
Aces Spades APK Version History