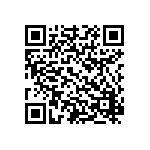 Features:29 Card Game online multiplayer29 Card Game offline29 Card Game offline multiplayer with Bluetooth29 Card Game multiplayer with private table29 Card Game 4 playerDescription:Twenty nine - 29 is South Asian trick-taking game in which the Jack and the Nine are the highest cards in every suit.PlayersThis game is usually played by four players in fixed partnerships, partners facing each other.Cards32 cards from a standard 52-card pack are used for play.The cards in every suit rank from high to low: J-9-A-10-K-Q-8-7.The values of the cards are:Jacks 3 points eachNines 2 points eachAces 1 point eachTens 1 point each(K, Q, 8, 7)       no pointsDeal and BiddingDeal and Bidding are anti-clockwise. Cards are distributed in two step by four cards in every step.Based on first four cards, players bid for the right to choose trumps.Normal bidding range is 16 to 28.The bid winner chooses the trump.The PlayThe player to the dealer's left leads to the first trick. Players must follow suit if possible, and the winner of each trick leads to the next. Non bidder players must request trump bidder to show trump and bidder player must show trump before make trump.PairAfter showing trump if any player can show Pair (K & Q of trump suit),the player’s team get extra 4 point.If bidding side can show pair, they have to gain (bid - 4) points to win round.If non bidding side can show pair, bidding side have to gain (bid + 4) point to win round.***The min point need to win a round is 16 ScoringAfter end of a round if bidding side meet their bid point, their game point will be increased otherwise decreased.Double:If play round is in Double mode,game point will increased or decreased by 2.Non - bidder side can set double after bidder bid.RedoubleIf play round is in Redouble mode,game point will increased or decreased by 4.Bidder side can set Redouble after non-bidder setting Double.Game overIf any team can make 6 positive game points, they wii the game and lose if they make 6 negative game point.
29 Cards APK Version History